Only certified teachers teach genuine Iyengar yoga. All of our teachers hold the Iyengar Yoga Teachers Certification Mark, a sign of excellence, clarity and depth of understanding. To use this logo, they have to be properly trained and maintain their development. 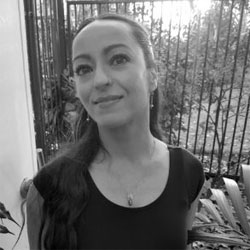 Ainhoa first came into contact with Iyengar Yoga as a child through Light On Yoga and then again at Iyengar Yoga Maida Vale in the early 2000s. She has been practising for almost 20 years and qualified to teach after completing the Introductory Teacher Training at IYMV.

She has studied directly with the Iyengar family in Pune, India on three occasions, most recently in December 2016, and continues to attend weekly classes with senior teachers. She served on the IYMV Board of Trustees between 2007-11.

Richard has been practising Iyengar yoga since 1975 and teaching since 1977. He has attended classes at RIMYI, Pune on 25 visits, and is a Level 3 teacher.

He and his wife, Kirsten, are the directors of the Bath Iyengar Yoga Centre. He is a moderator and assessor for the UK Iyengar Yoga Association.

Marco was born in Italy. After a career as a professional dancer, he came to London where he learned yoga. He has been practising since 1993 and teaching since 1998.

He teaches Beginners, General and Intermediate classes and has visited Pune several times. He is an assessor for the UK Iyengar Yoga Association and is currently the chair of the teaching committee at Maida Vale and a member of the Board of Trustees.

Penny is one of seven of the Most Senior Leading Teachers of the UK, a special designation awarded to them by BKS Iyengar in 2009.

She started teaching herself from a book and first met BKS Iyengar in 1971 when he was teaching in London. As his direct student, she visits Pune yearly. She has been teaching since 1974. She teaches the Teachers Class, Intermediate and General classes and runs the Senior and Intermediate workshops at IYMV. She is a Moderator and Teacher Trainer for IY(UK).

She was a founder member of IYMV and for many years was actively involved in The National Teachers Association and currently sits on the Assessment & Teacher Training Committee of IY(UK).

Rosemary has been teaching at Maida Vale since 2000 and now holds Level 3 certification. During that time she has taught foundation courses, beginners, general, therapeutic yoga in the remedial and back pain classes, and more recently the gentle yoga classes.

She initiated her Pune story with a three month visit in 1999 and ended that trip by attending BKS Iyengar’s Silver Jubilee celebrations in 2000. She has since made multiple trips to Pune and attended intensives with Geeta Iyengar in London, South Africa and Australia.

She considers herself privileged to have studied with some of the finest teachers within the Iyengar tradition and has taught residential weekends in the UK, as well as yoga retreats in Spain, France, Portugal, Turkey, Croatia and Greece.

Megan was a freelance radio reporter for the BBC when she started practising Iyengar yoga in 1994.

In 1999 she qualified and started teaching full-time. In August 2010 she went to India to study with the Iyengar family at the Institute in Pune. She holds a Level 3 teaching Certificate and has previously served as a trustee and Chair of the Teaching Committee at IYMV. 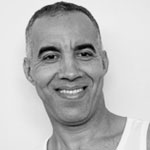 Khaled has been practising yoga since 1998 when he tried it to help relieve a lower back injury. He has been teaching since 2009 and holds the Level 2 teaching certificate.

He has attended classes in RIMYI in Pune several times, where he studied with
the Iyengar family and helped in the medical classes. Khaled is qualified in Immediate Life Support and works as a Cardiac Physiologist for the NHS. 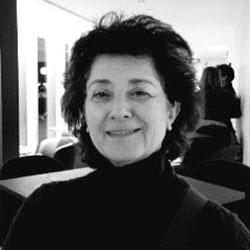 Judy has been practising yoga since 1989, when she was still a solicitor, and teaching since 1996. She holds a Level 3 certificate and teaches classes at all levels from Introductory to Intermediate. She practises yoga to be well and her teaching style is marked by clarity, simplicity and humour. She has studied with the Iyengar family at RIMYI in Pune three times. She has been the chair of IYMV’s Teaching Committee and an IYMV trustee three times.

She is an IY(UK) assessor and served on IY(UK)’s Assessments & Teacher Training Committee for 15 years as, variously, the Junior Intermediate timetable organiser, the Chair and Vice Chair.

Aubrey was introduced to Iyengar yoga in 1989 in South Africa. He has been teaching since 2002 and achieved his Level 3 certificate in March 2012. Since moving to London, he has been attending regular classes and developing his own practice. 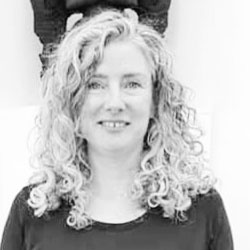 Jackie came to Iyengar yoga having been attracted to the new building at IYMV when it first opened. She went on to complete her initial teacher training at Maida Vale and has been teaching full time for the past 18 years. Qualified to Level 2, she has studied with senior teachers from all over the world and has been to Pune to study at the Institute.

Stuart began teaching at Iyengar Yoga Maida Vale in 1989. Four extended visits to the Institute in Pune, India gave him direct inspiration from Guruji BKS Iyengar and his family.

Alaric has been teaching at Iyengar Yoga Maida Vale  since 1991 and has been practising yoga since 1983. He has attended classes in Pune and holds the Level 3 teaching certificate. Alaric is a teacher trainer at Introductory and Junior Intermediate Levels. 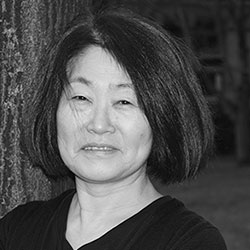 Keiko came to London from Japan in the mid 70s and attended her first yoga class in 1979 which was, by chance and luckily, an Iyengar yoga class. She has since continued her practice all through her busy working life in the financial sector.

She has been teaching since 2006, having done the teachers training courses at IYMV since 2003, and gained Level 3 certificate in 2013. She has visited Pune on four occasions, last in 2019, and continues her study and practice with senior teachers, as well as attending workshops by visiting senior teachers from overseas.

Korinna has been practising Iyengar yoga since 1983 and started teaching at IYMV in 1995. She is a Level 3 teacher and visits Pune regularly. She teaches one of the remedial classes and also a bespoke class for people with neurological issues including Multiple Sclerosis. She is a teaching mentor and trainer. For many years Korinna has been the editor of Dipika (IYMV’s magazine), one of the oldest yoga magazines in the UK. 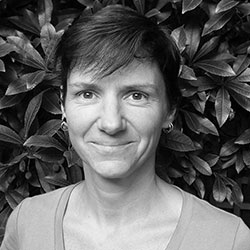 Kate started her yoga practice with an Introductory course at IYMV in 1996, where she also undertook her teacher training. She holds a Level 3 certificate.

She gave up a career in graphic design to pursue her passion for her yoga practice and has been teaching since 2003. She has attended classes in Pune and continues to study with senior Iyengar yoga teachers.

Stephen has been teaching at IYMV since 1986. He has taught classes ranging from Beginners to Intermediate, as well as Pranayama and Remedial. He currently teaches Intermediate classes. He has been to the Institute in Pune twice.

Amparo was born in Bogota, Colombia and came to Britain in 1974. She started practising Iyengar yoga in the 1980s and has been teaching since 1998. She has visited Pune and attended conventions taught by the Iyengars in Germany, Russia and the UK. She holds the Level 3 teaching certificate. Kristyan began practising yoga as a teenager when she was looking for holistic ways to manage the symptoms of asthma. She found a yoga book in the library in her hometown in Ontario and tried to teach herself. Her Iyengar yoga practice began when she moved to London in 1989. Kristyan has been a student of many of the teachers at Iyengar Yoga Maida Vale. She has been to Pune once to study at RIMYI and gained Level 2 in 2019. 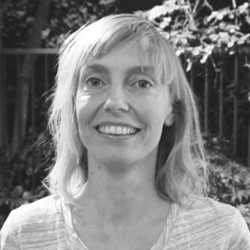 Hazel Sainsbury began practising Iyengar yoga in 1995. She spent a year studying with and assisting Swati and Rajiv Chanchani before commencing her teacher training with Alaric Newcombe. She continues to learn from teachers in the UK and India. 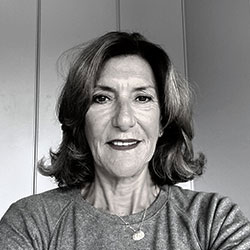 Judy been teaching for over 30 years at IYMV where she teaches General and and Remedial classes. She regularly visits Pune and often attends workshops with visiting senior teachers. Judy is author of the book Iyengar Yoga: Classic Yoga Postures for Mind, Body & Spirit which was published in 2004.

Patsy has been practising yoga since 1979 and started teaching in 1993 at Maida Vale.
She holds a Level 3 teaching certification, is a mentor and assessor for the association, and visits Pune regularly.

Her particular interest is in the therapeutic effects of yoga.

Sallie started practising Iyengar yoga in 1980 and qualified to teach in 1986. She became a Level 3 teacher in 2004 and has been a dozen times to study with the Iyengars in Pune where she assisted in the medical classes. She has attended many events with Guruji, Gita, Abhijata and visiting teachers from India.

She is registered for Yoga Therapy with the Complementary and Natural Healthcare Council. Sallie is a mentor and moderator for the UK Iyengar Yoga Association. 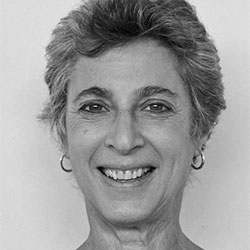 Judy has been a dedicated practitioner of Iyengar Yoga since 1992 after discovering that it helped her to recover from a back injury and quiet a busy mind. Her background as an Art Psychotherapist makes her appreciate the creative balance of mind and body in yoga.

She trained at Iyengar Yoga Maida Vale, certified as a teacher in 2007 and received her Level 3 certification in 2017. Judy has been fortunate to have studied with the Iyengars on several occasions at the RIMYI Institute in Pune including February 2020, and with Geeta and Abhijata Iyengar in the UK.

Elisabeth started yoga and teacher training with Silvia Prescott in 1978. Her first yoga intensive was in Pune in 1981, taught by B.K.S. Iyengar. Since receiving her Level 3 certificate in 1992, she has been teaching General, 60+ and Remedial classes at Maida Vale. She visited the Institute in Pune every second year until 2013 and her learning continues by attending regular classes with senior teachers.

Harshini grew up in Colombo, Sri Lanka and since leaving in her late teens has lived, worked and studied in Toronto, New York and London. She started practising Iyengar yoga in 1997 and began her Teacher Training at IYMV, gaining her Introductory Certificate in 2006 and Level 3 in 2015.

Harshini has studied with the Iyengar family on four occasions in Pune, and continues to attend weekly classes with Senior Teachers. In addition to her yoga teaching vocation, Harshini has trained as an Ayurvedic Medical Practitioner. Harshini has MSc and BSc degrees in Ayurvedic Medicine to complement her MBA and Honours Business Administration degrees.