Located in Maida Vale, ten minutes from central London, our studios are open daily, from early in the morning until late at night. We offer more than fifty classes a week, catering for all levels from complete beginners to more advanced practitioners, in award-winning bright, spacious studios.

As a charity, we’re run on a not-for-profit basis with a commitment to offer affordable yoga to students of all ages.

Iyengar Yoga Maida Vale was founded in 1984 to provide Iyengar students in London with a dedicated teaching centre. It was financed by contributions and fund-raising activities by its early members and by B.K.S. Iyengar himself, who gave a talk and demonstration at the Barbican Centre to raise money for the new building project. From 1968, senior UK students gave evening classes through the Inner London Education Authority. Mr Iyengar visited each year to assess their teaching, but there was no permanent space to work in. Some classes were held in school gyms, while others had to make do with draughty rooms, noise and dirty floors. 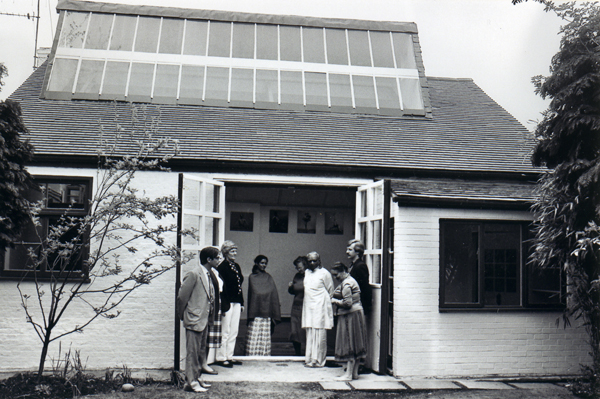 B.K.S. Iyengar with some early students outside our original building

The original studio was formerly an artist’s studio and its members did a lot of the conversion work themselves. When B.K.S. Iyengar came to open the building, he lived there for a while. As students recall, it became his home away from home on visits to Britain. Over the next ten years plans were made to create a bigger and purpose-built studio. In 1994, the old studio was officially replaced by our current building which was inaugurated by Mr Iyengar in 1997.

BKS Iyengar at the official opening of the new building with His Excellency the High Commissioner of India Dr L. M. Singhvi

Images from the blessing of the new building >